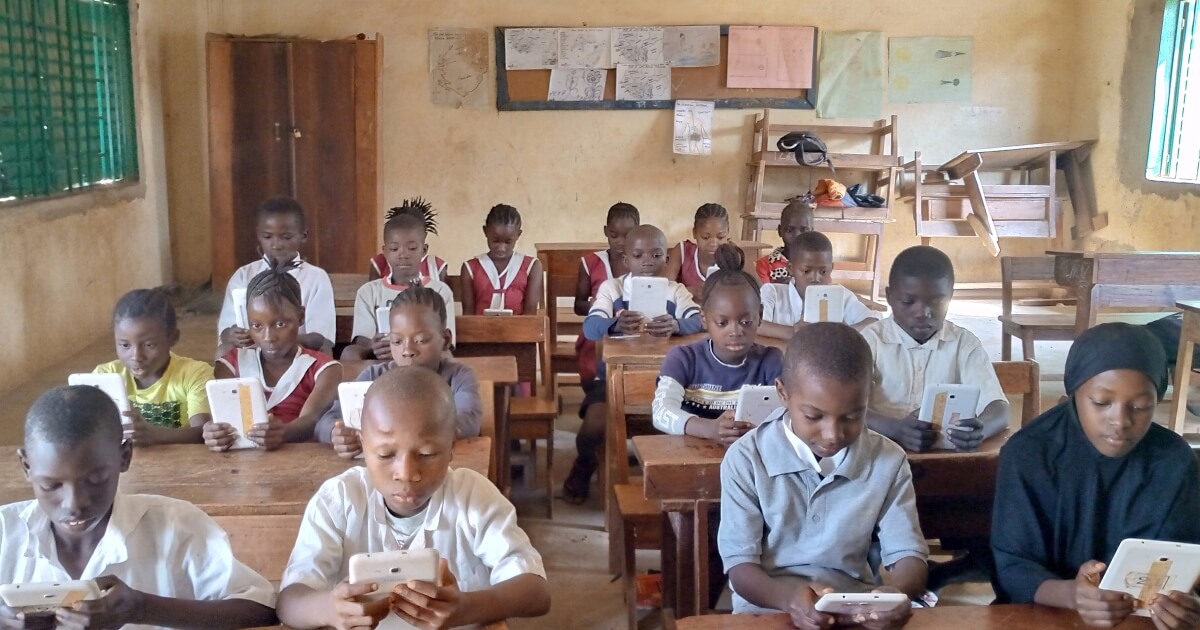 An update on our Sierra Leone RACHEL project through CAUSE Canada. In late 2021 some of the pandemic-imposed restrictions began to ease; in Sierra Leone, schools reopened and the CAUSE Canada team was able to return to the country. (With RACHEL units and tablets in their suitcases!)

CAUSE now has 112 kids enrolled in a four times per week after school program designed to boost math and English literacy rates using RACHEL units and tablets (partially funded by TIES). These kids REALLY want to learn. They voluntarily extending their school day by an extra hour, and attendance is an amazing 99%. Children have been tested for their baseline proficiency, and improvement levels will be measured in the coming months. Interested in seeing the PDF report? Just contact us.

“Unless we take action, the share of children leaving school in developing countries who are unable to read could increase from 53 to 70 per cent”

Even before the pandemic, UNESCO estimated that there were 258 million children and youth out of school. Over the course of the pandemic, up to 1.6 billion were affected by school closures, and in a press release on the January 24, 2022 International Day of Education UNICEF estimated that there were still 616 million kids out of school due to closures, with millions more a year or more behind in their schooling or who left school completely. With numbers like these it’s inspiring to know that organizations like CAUSE Canada are dedicated to turning those numbers around. TIES is proud to support their work!

NOTE: By appointment only; TIES is run by volunteers and the office is only staffed part-time.